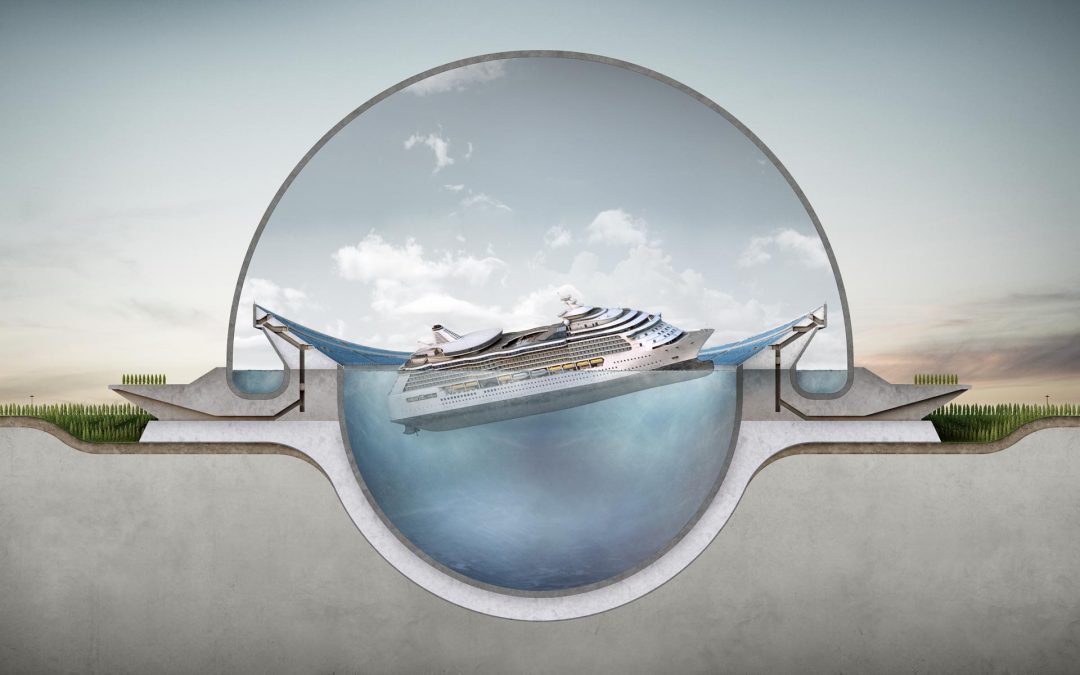 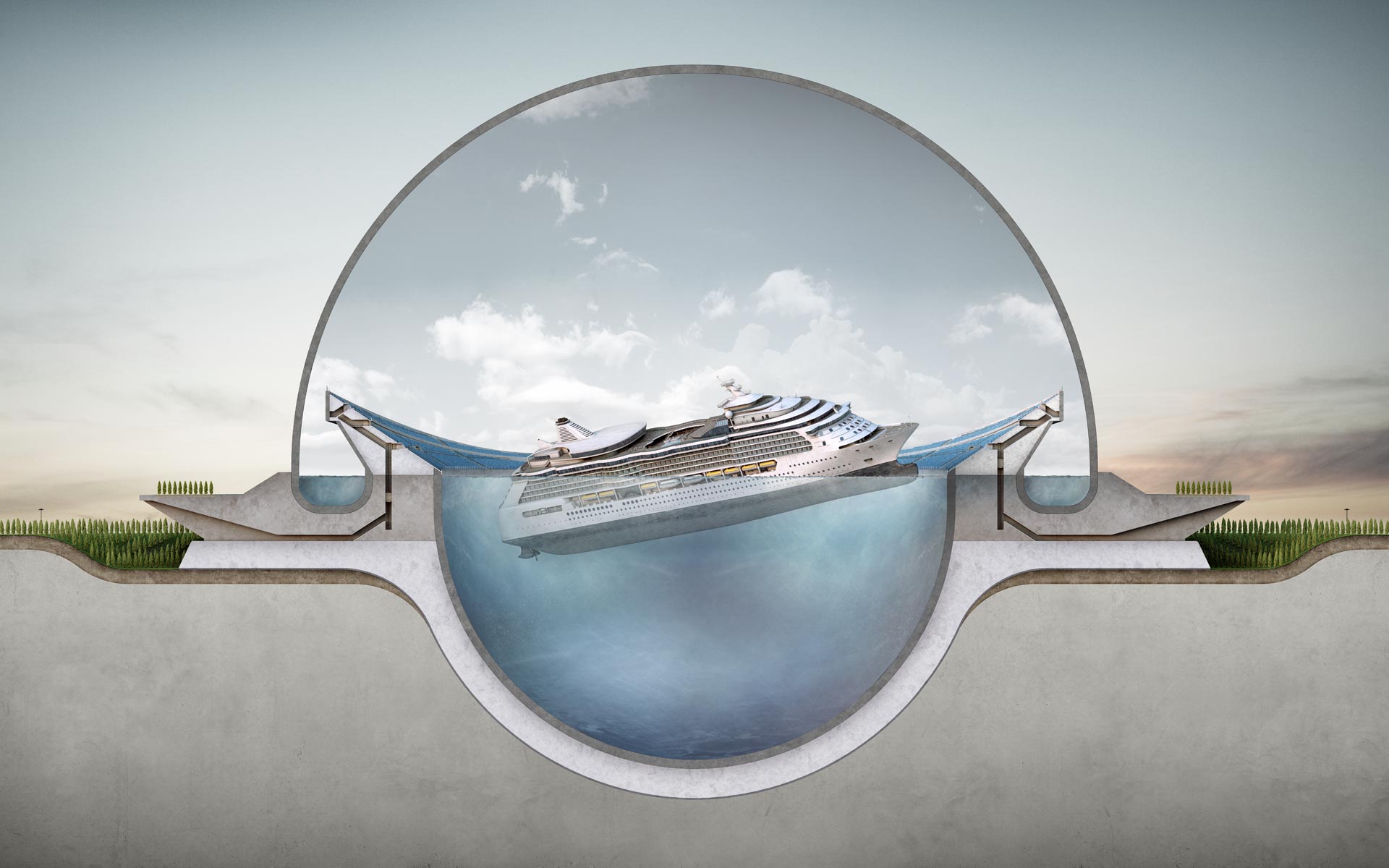 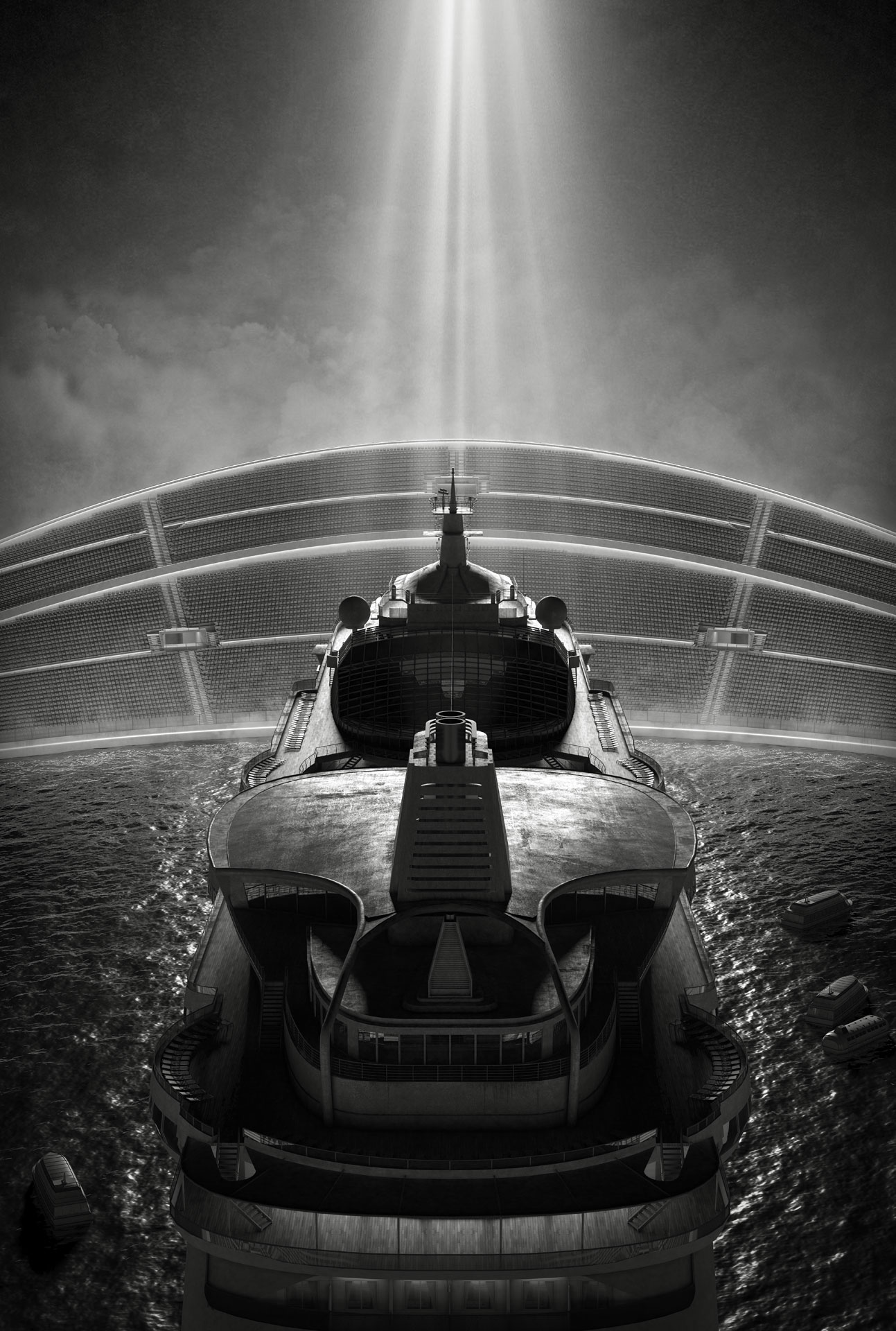 All kinds of changes are happening in our world today:
molecular nanotechnology is rapidly evolving, our climate is drifting
and artificial intelligence might take over the world.

Most people feel small and powerless facing all these big changes.
Do we have any influence or are we just spectators who sit and watch?

I created the concept of a sinking cruise ship as
a metaphor for our society as a whole. 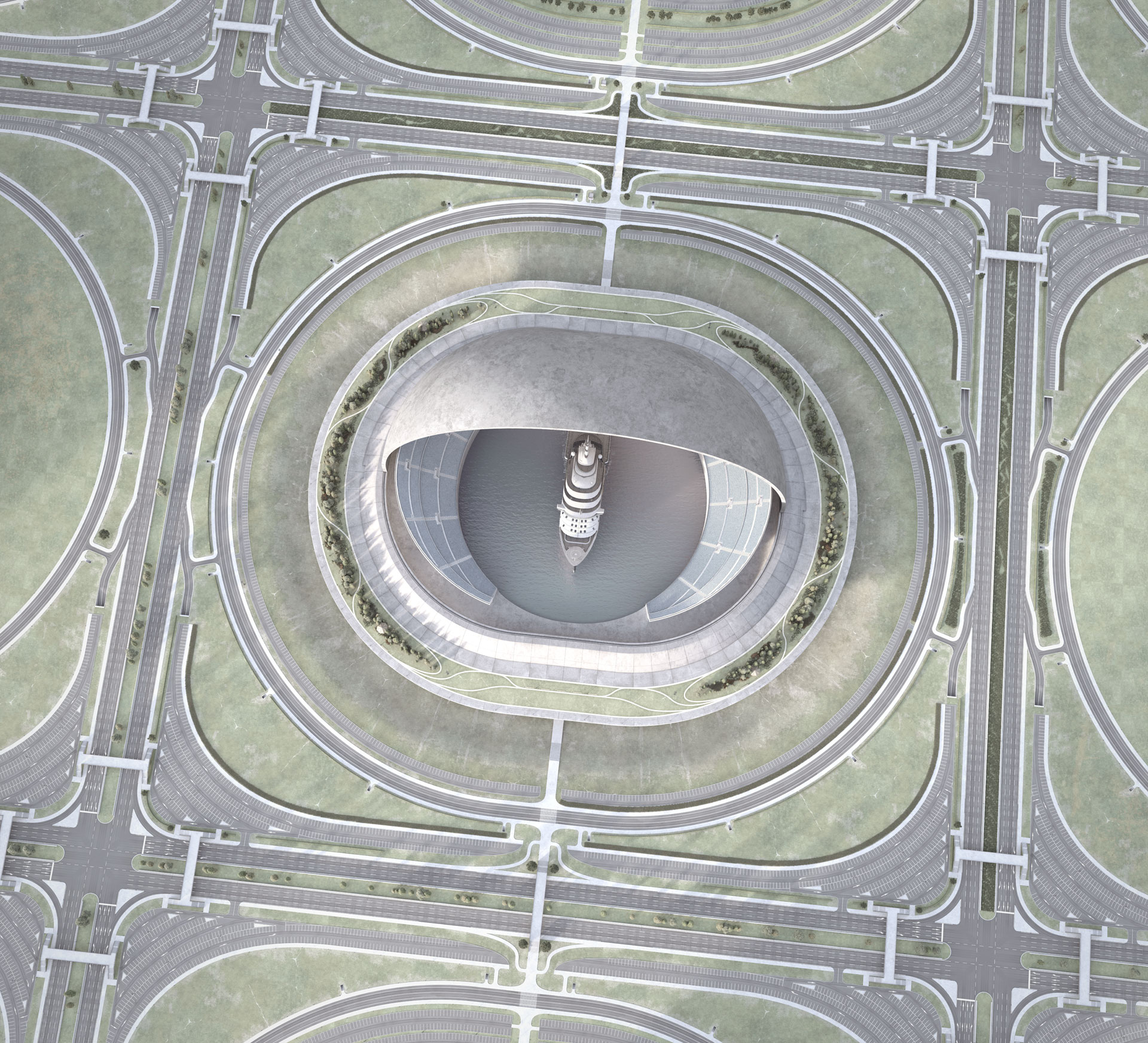 This artwork is partially based on the work of Étienne-Louis Boullée,
the visionary French architect from the 18th century.

He designed a gigantic 150 meter tall monument to celebrate
the work of Isaac Newton, who 50 years after his death became
a symbol of Enlightenment ideas.

The monument has never been built, but it represented
the new wind of rationalism and science
that was blowing in society in the 18th Century.

The monument of Boullée is a mirror of the changes that were going on
in the 18th century. I was wondering how I could design a monument
that is a reflection of the changes in our time.

This artwork consists of a 11 individual framed artworks
which can exist independently. 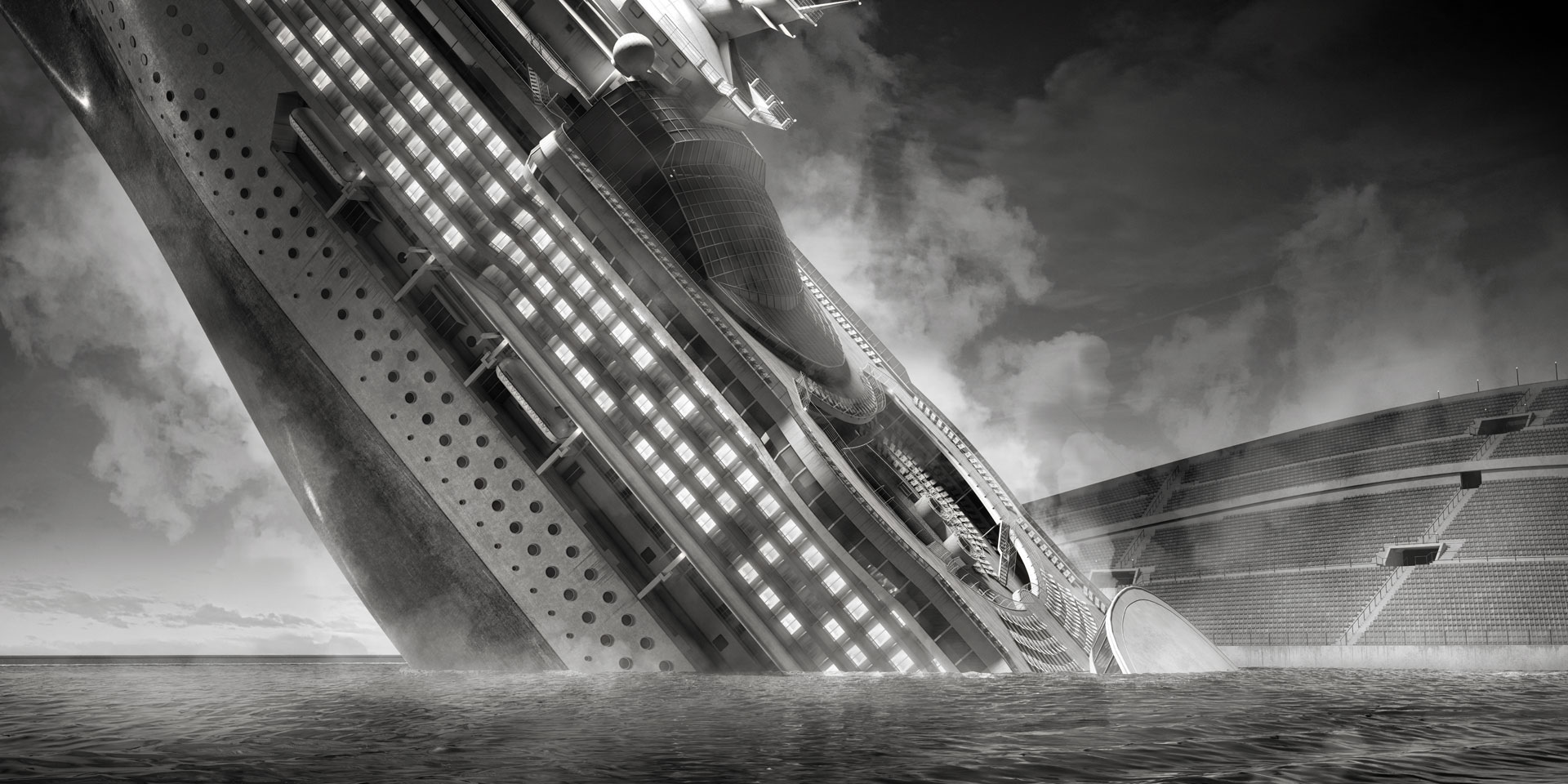 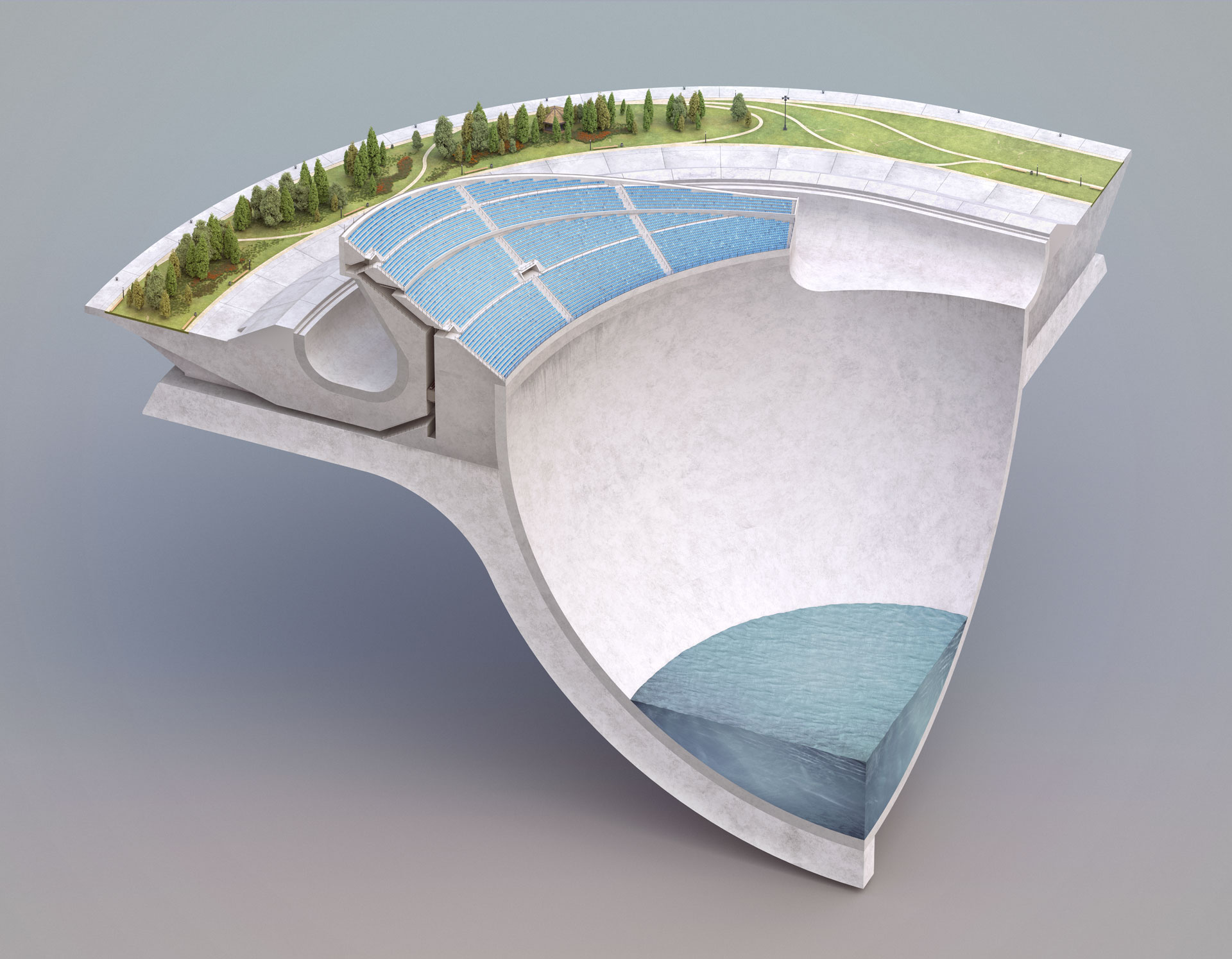 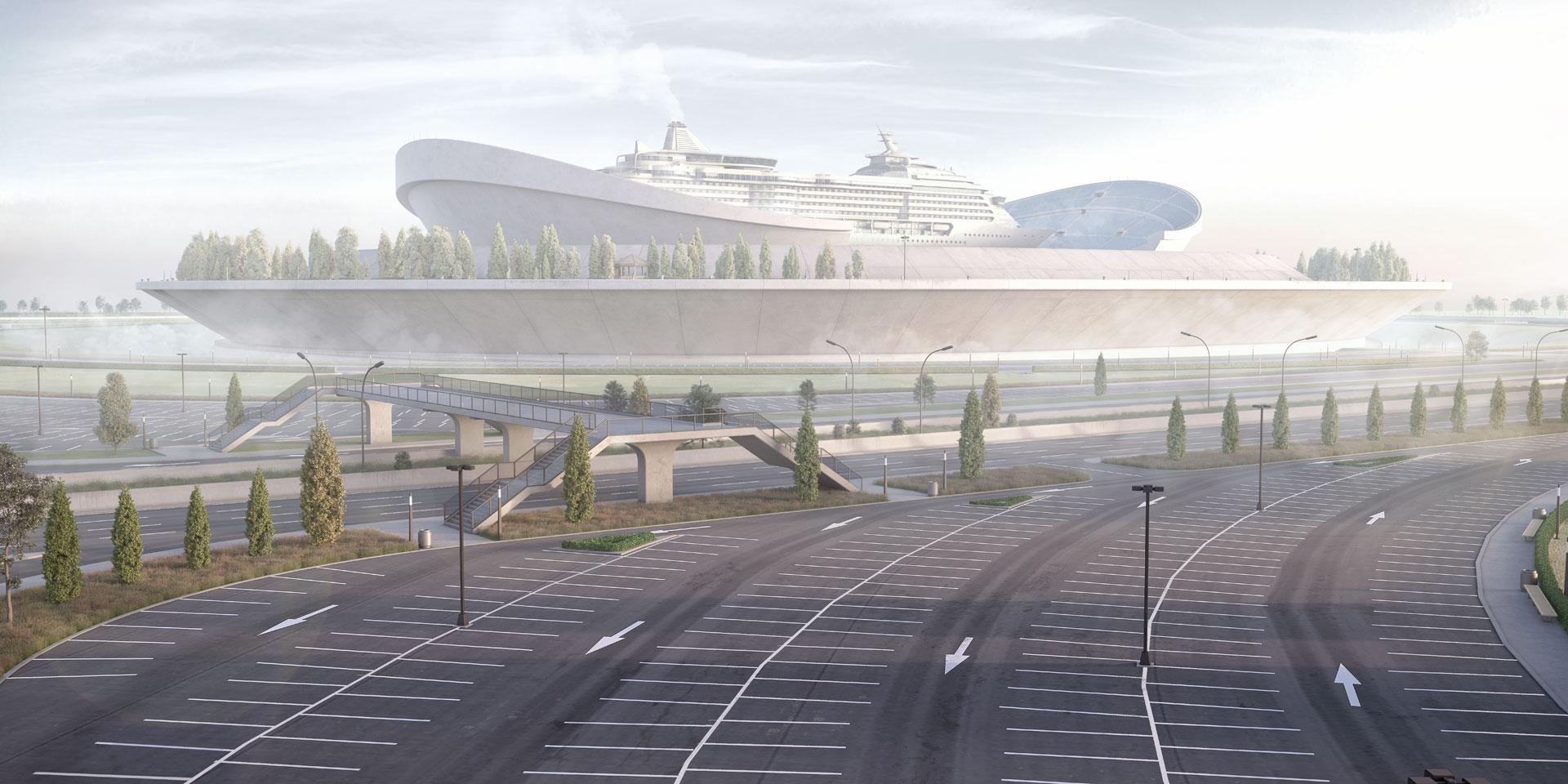 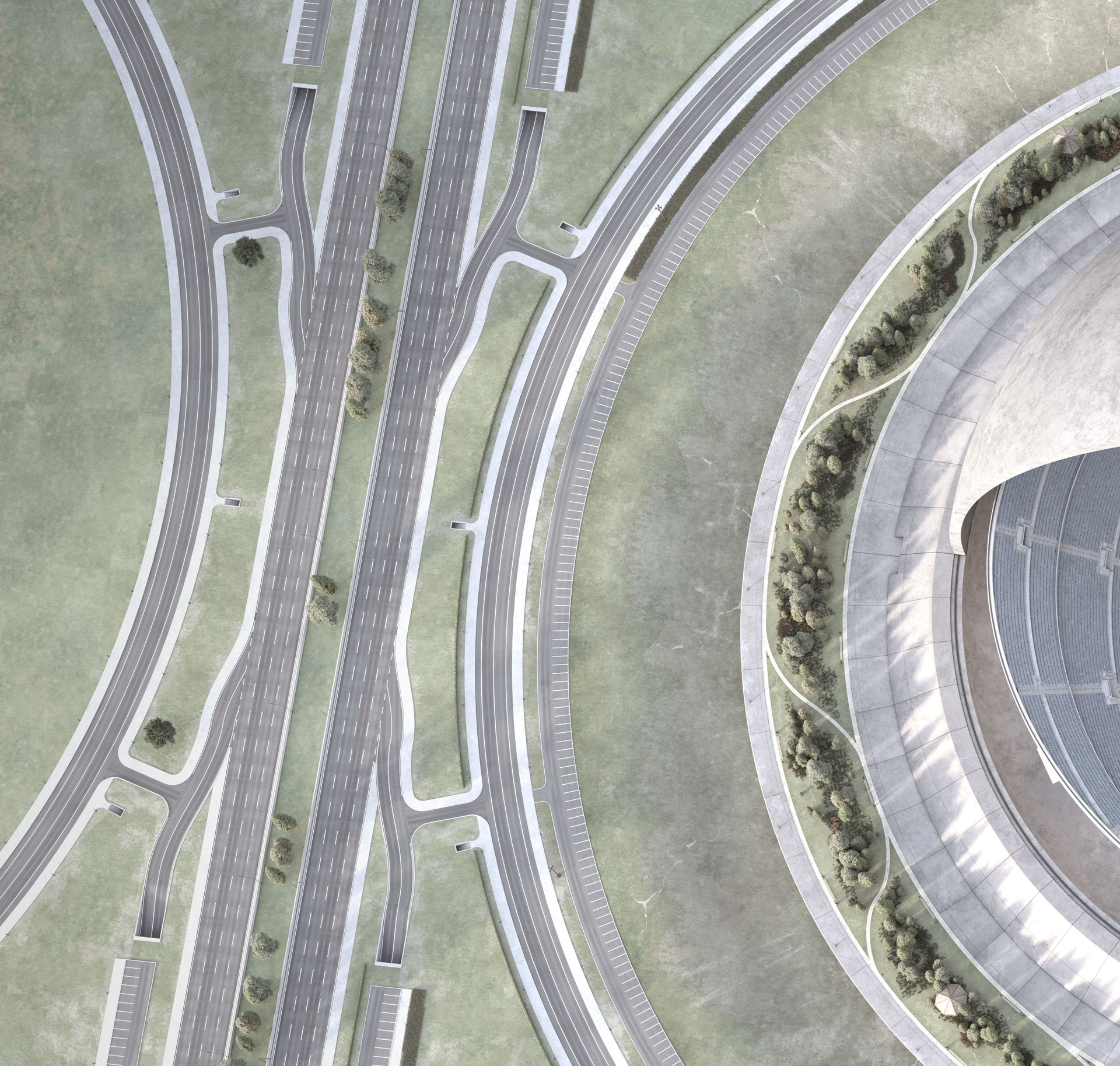 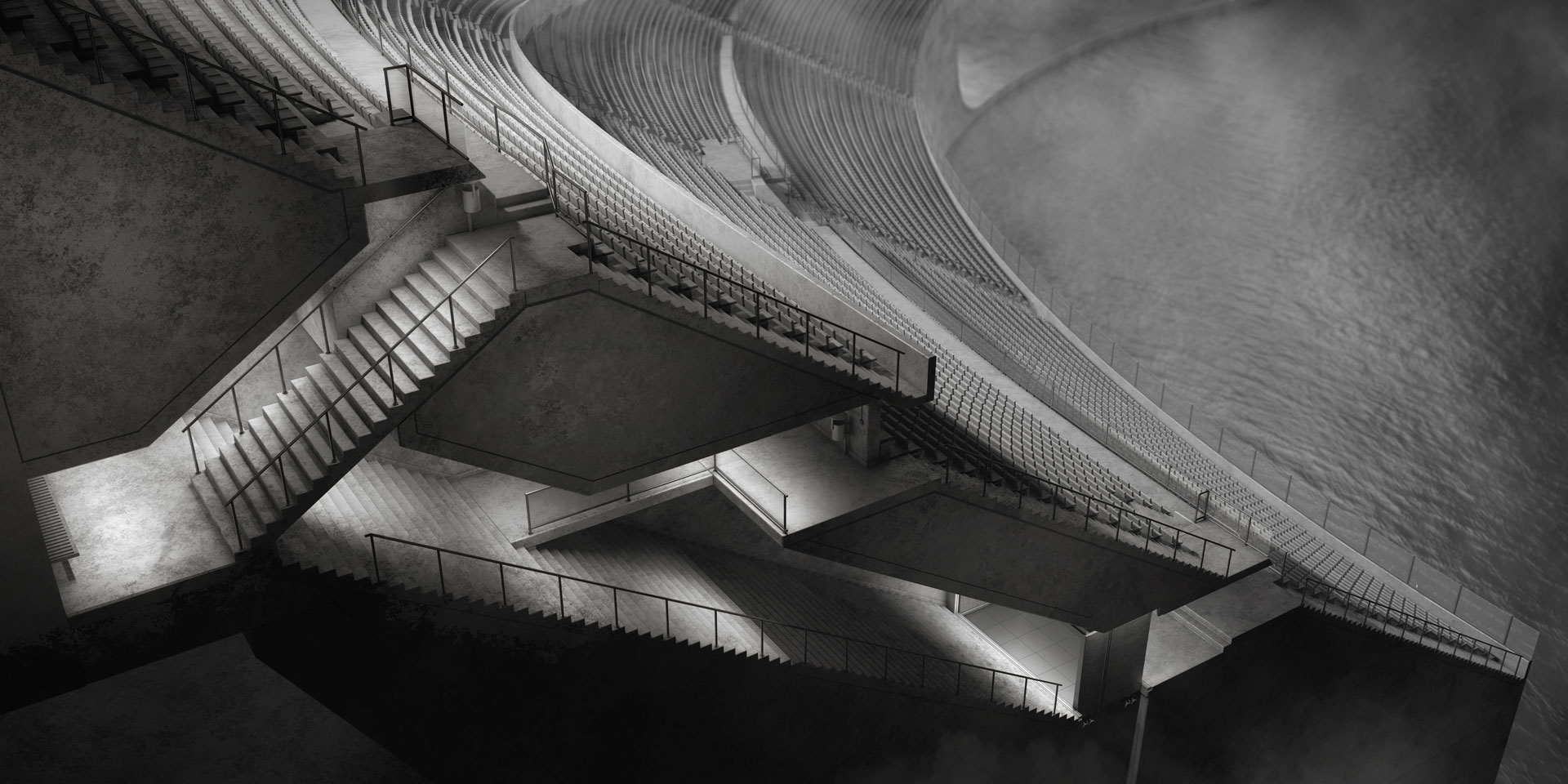 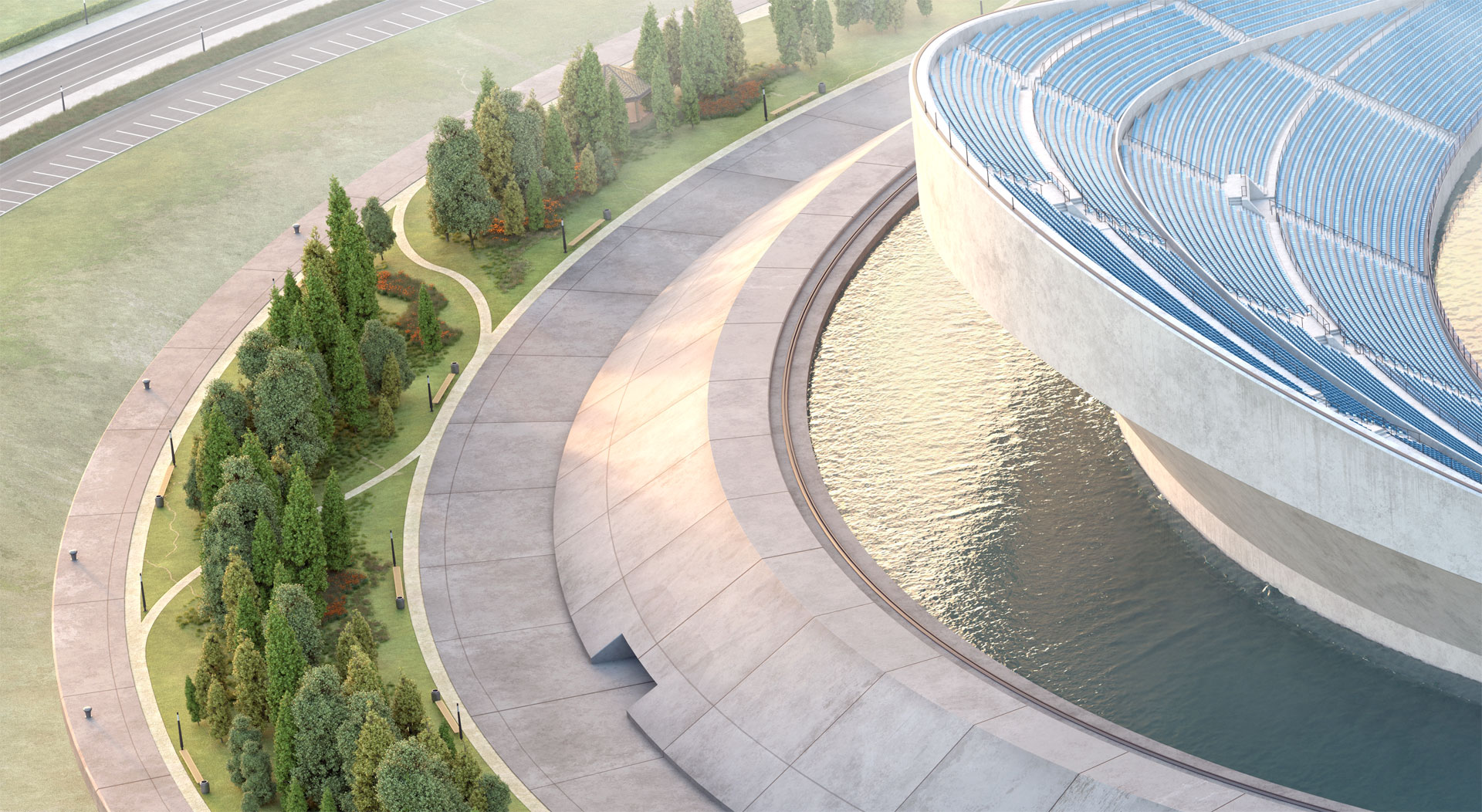 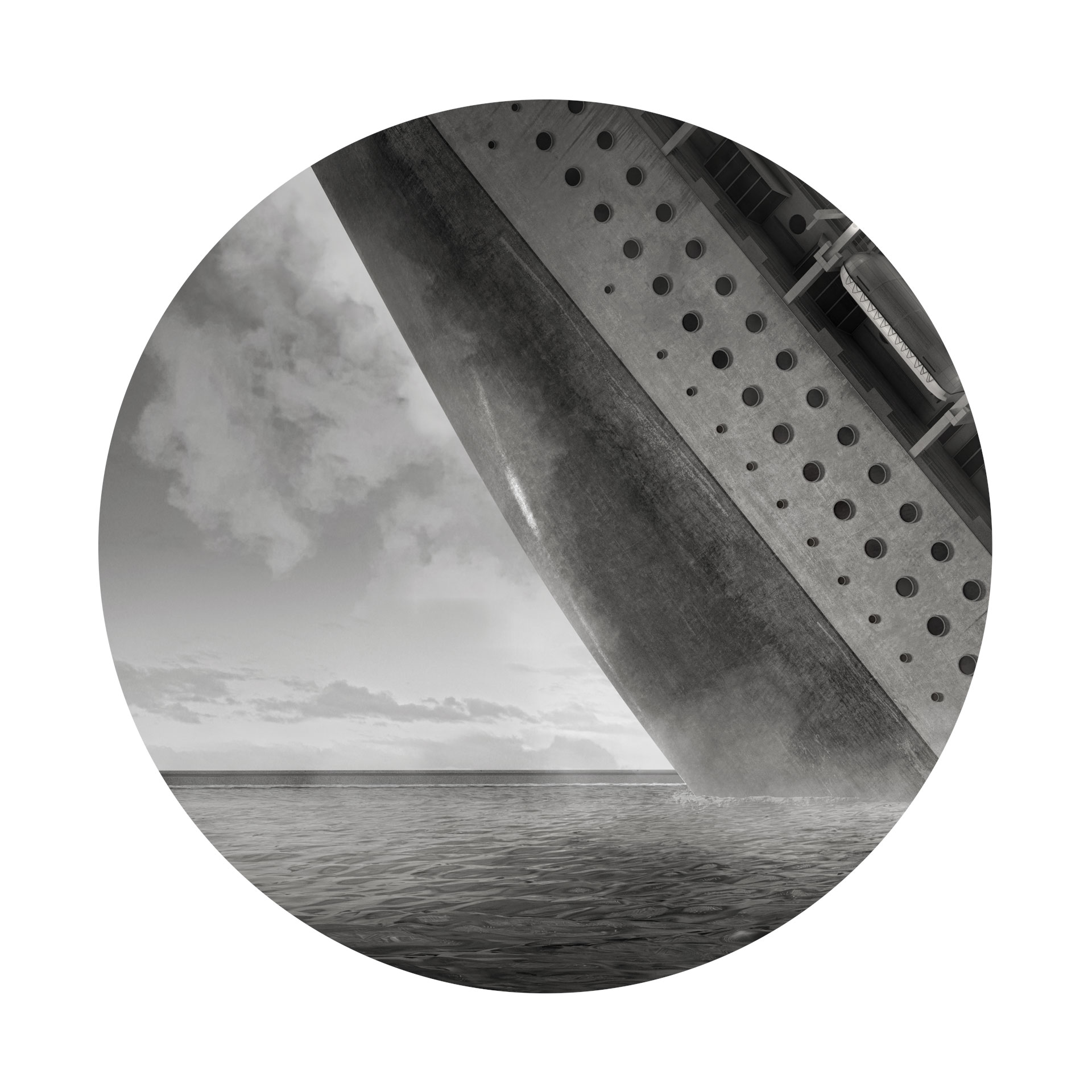 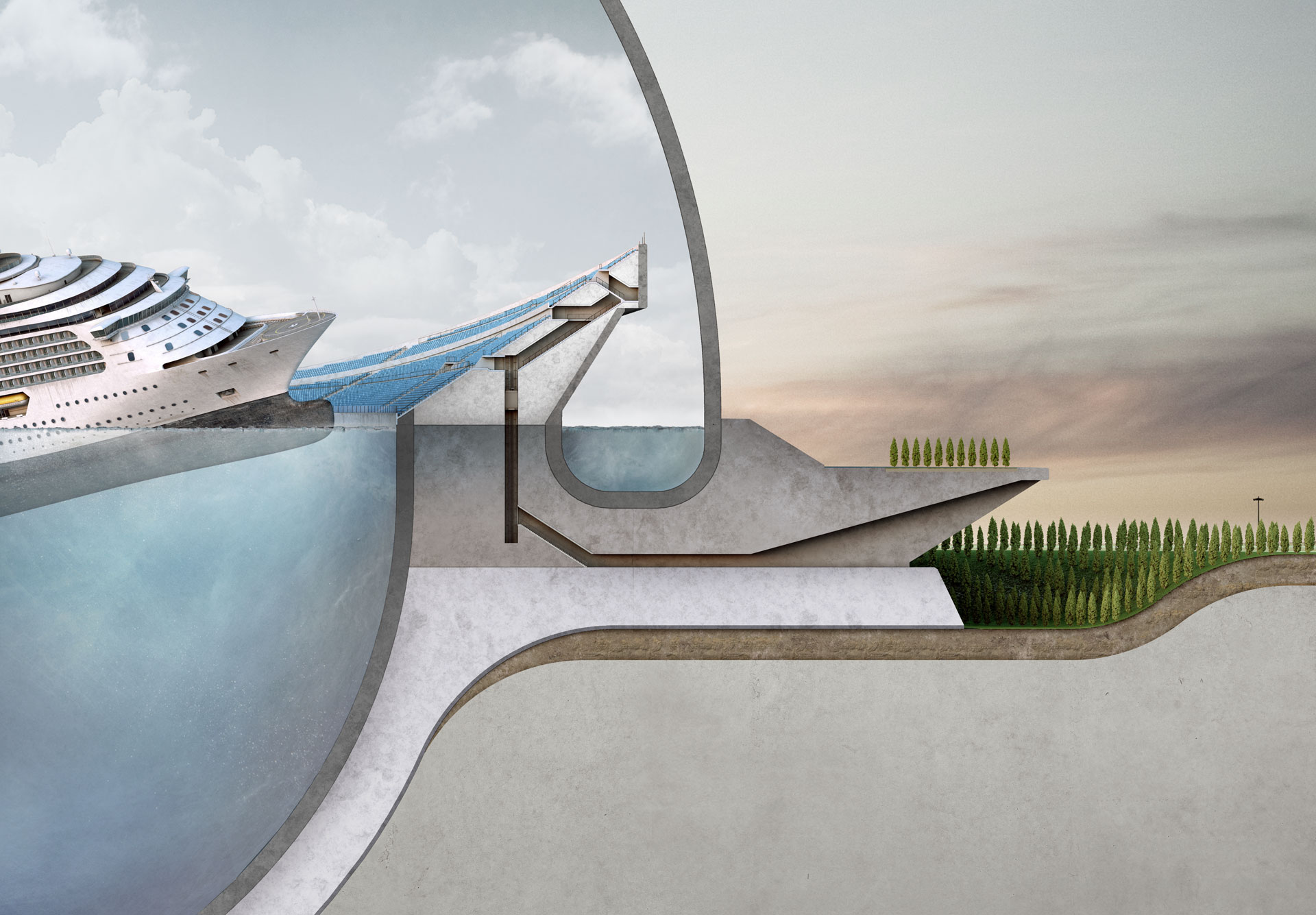 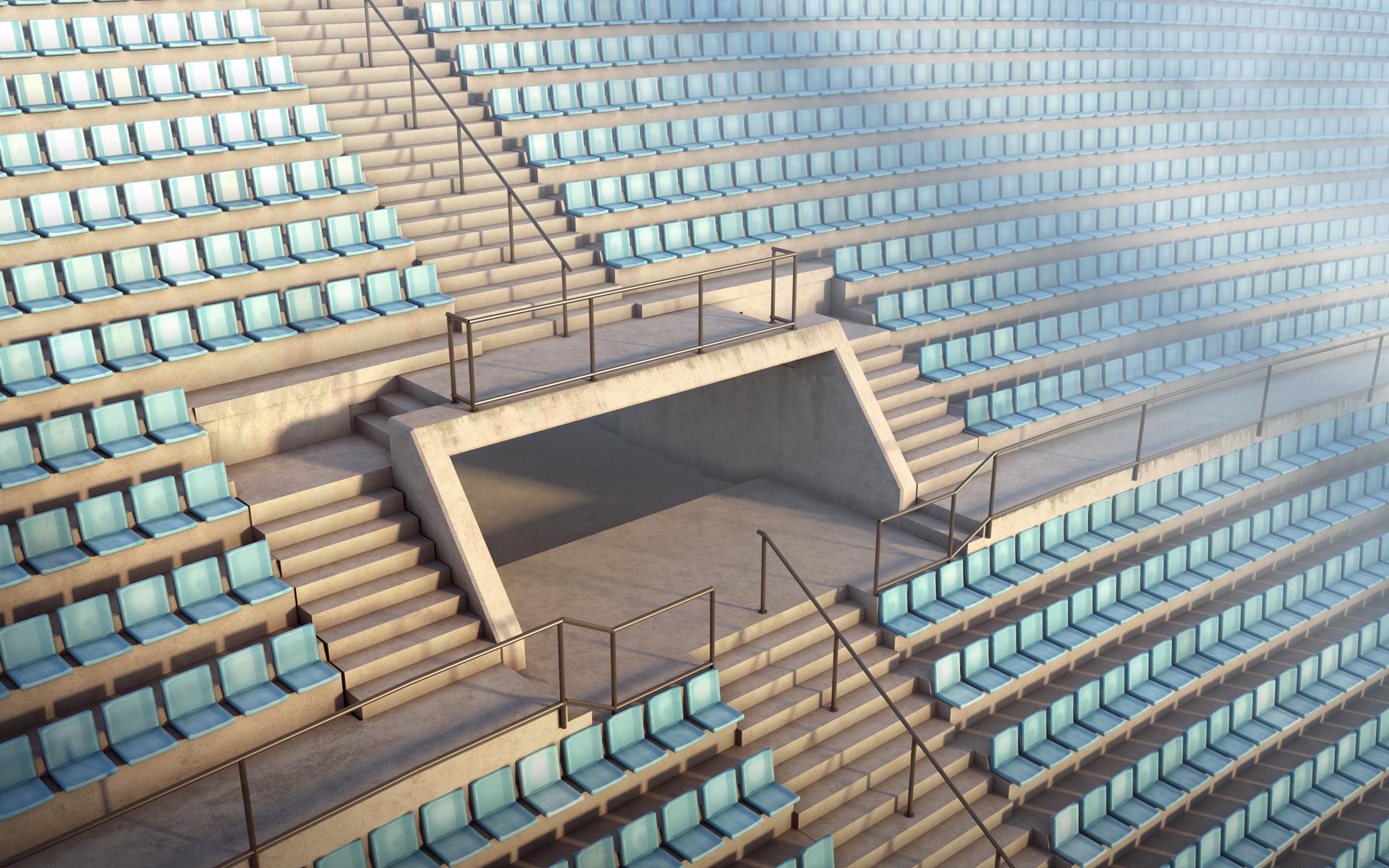 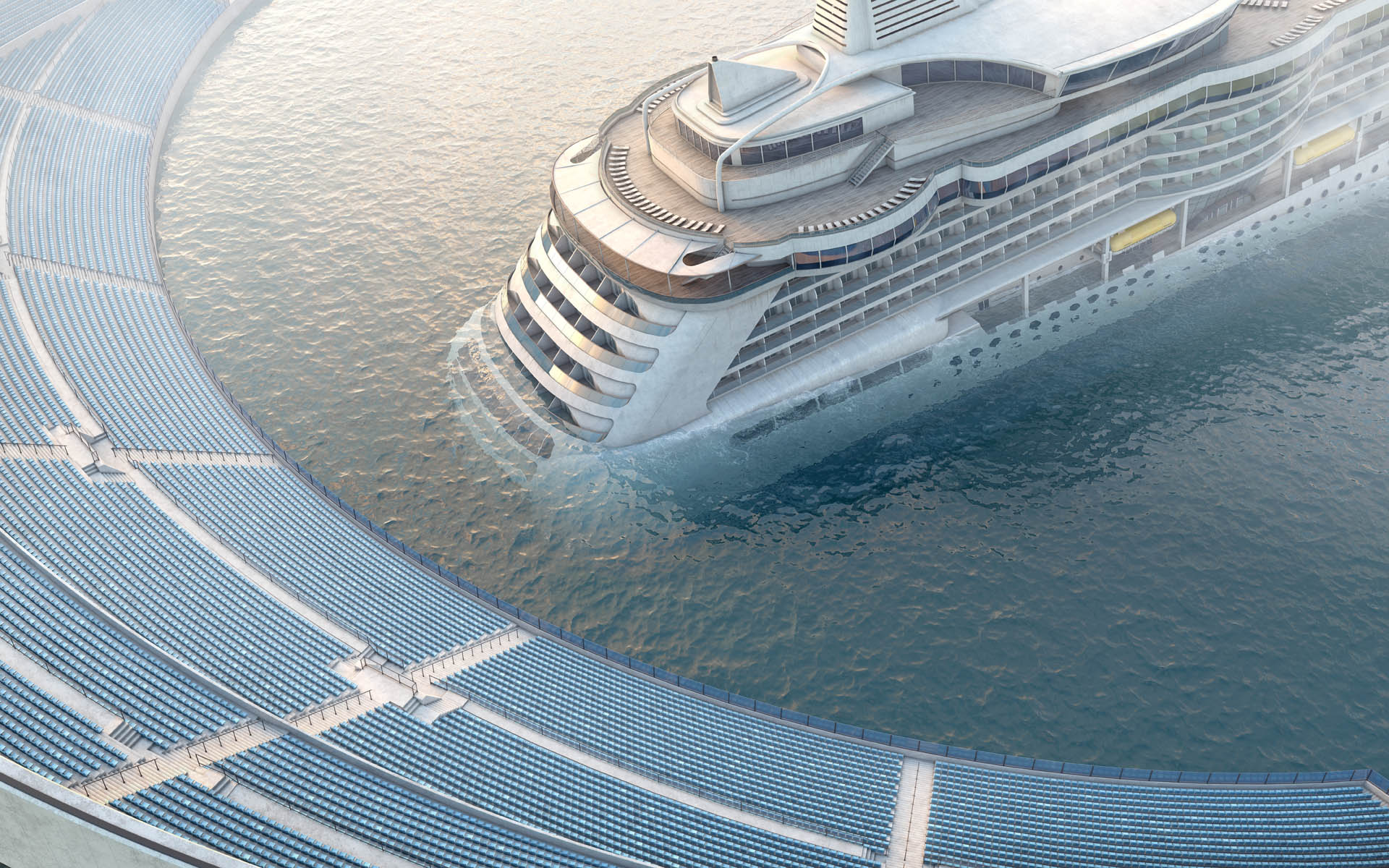 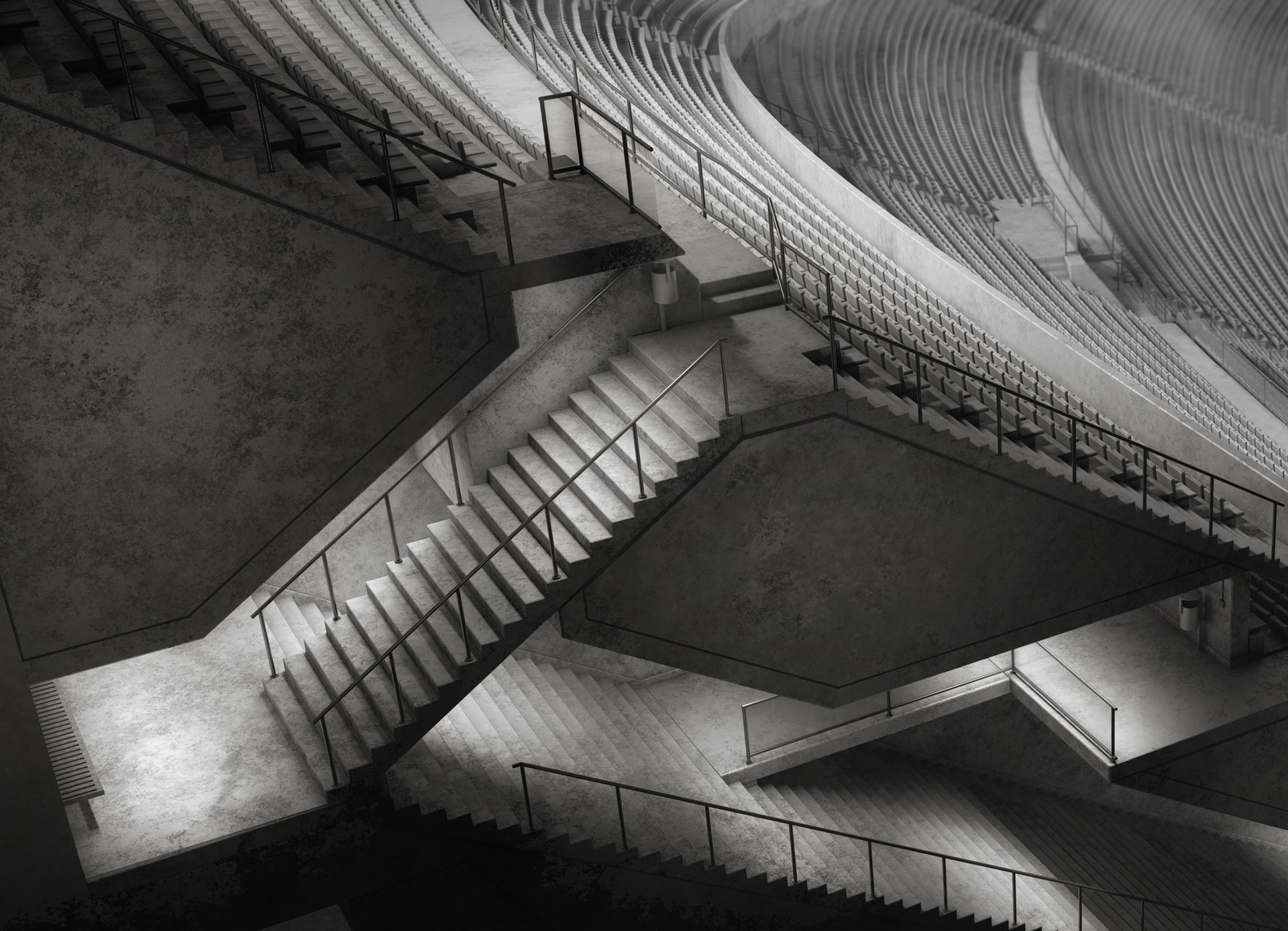 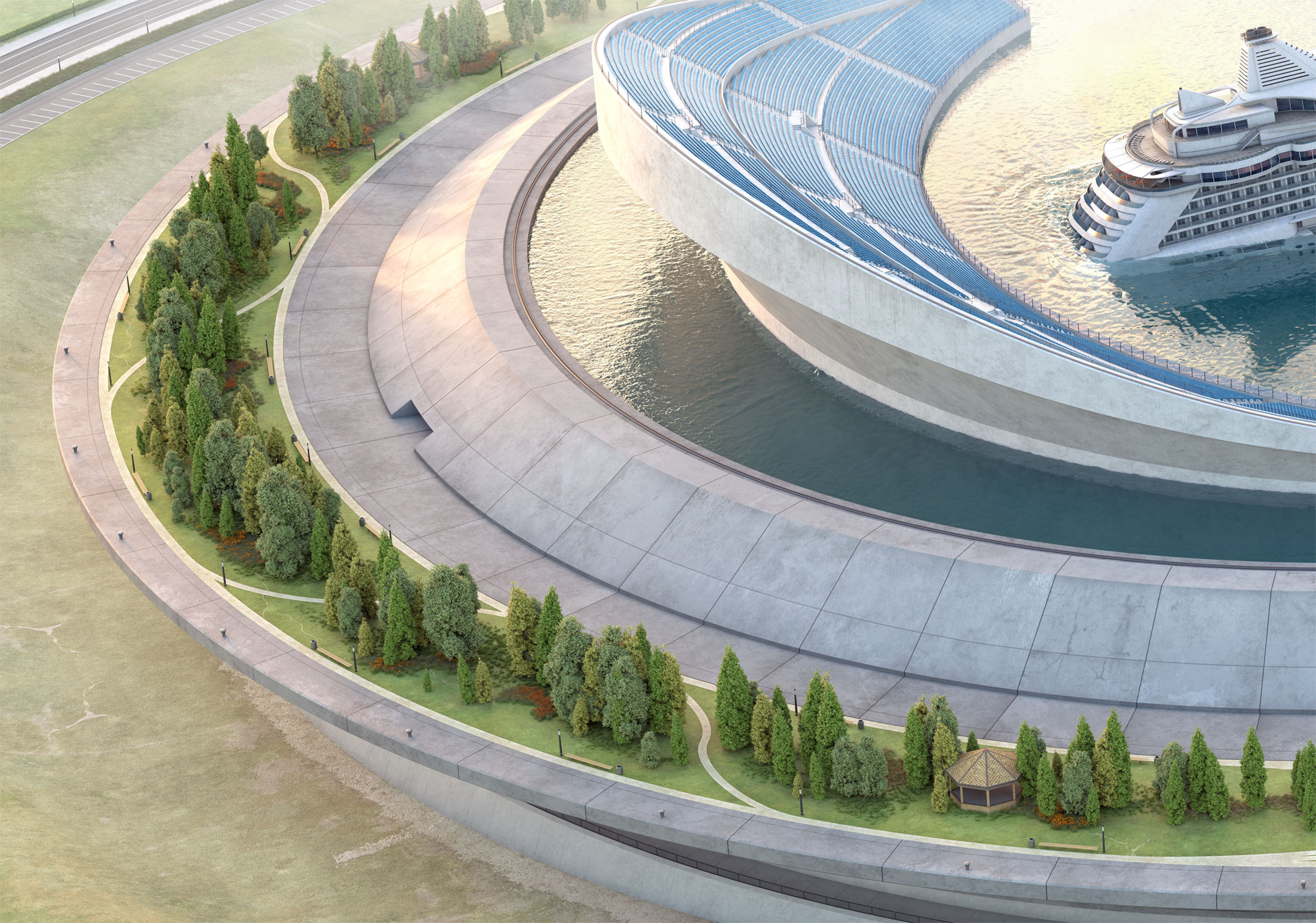 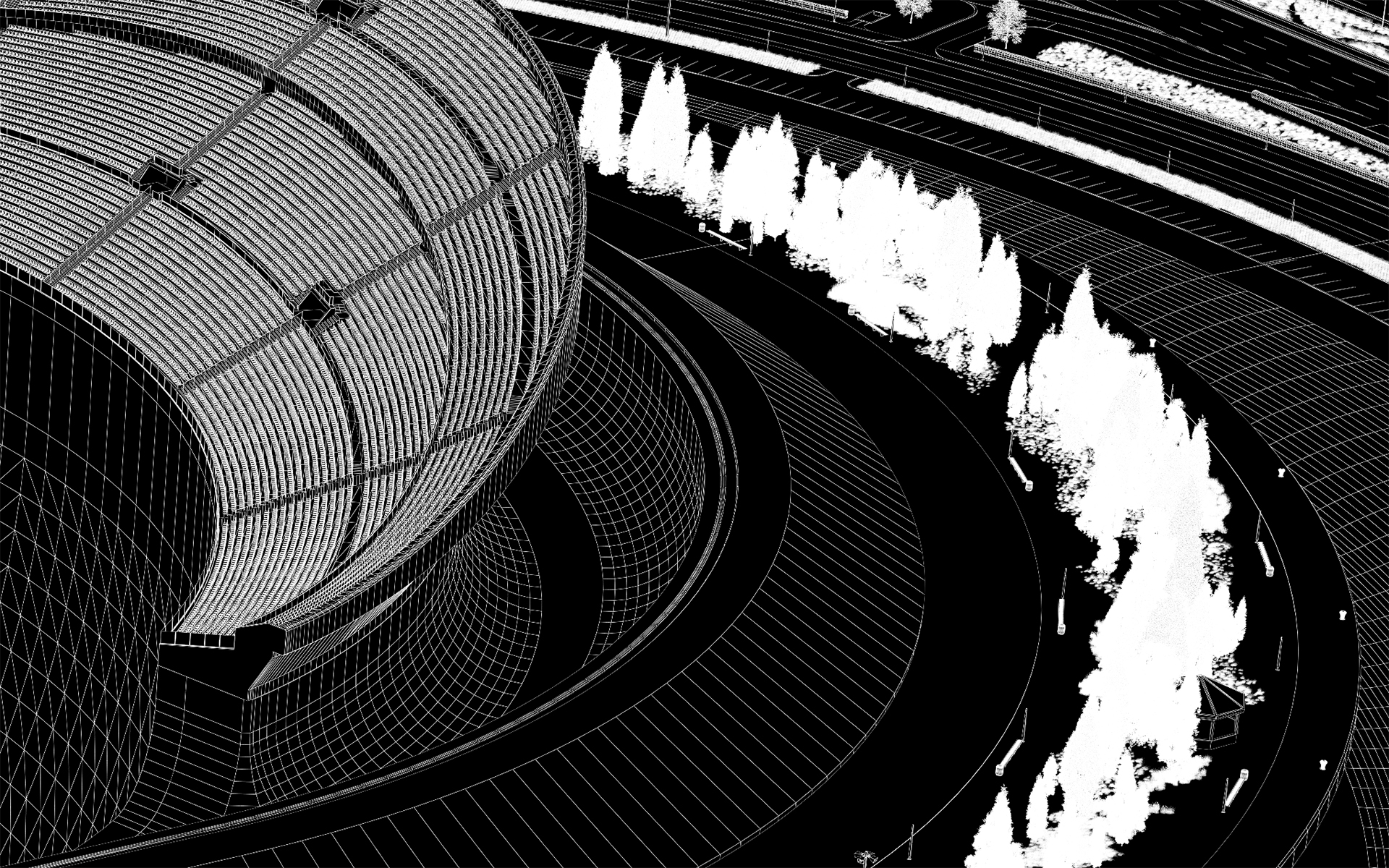 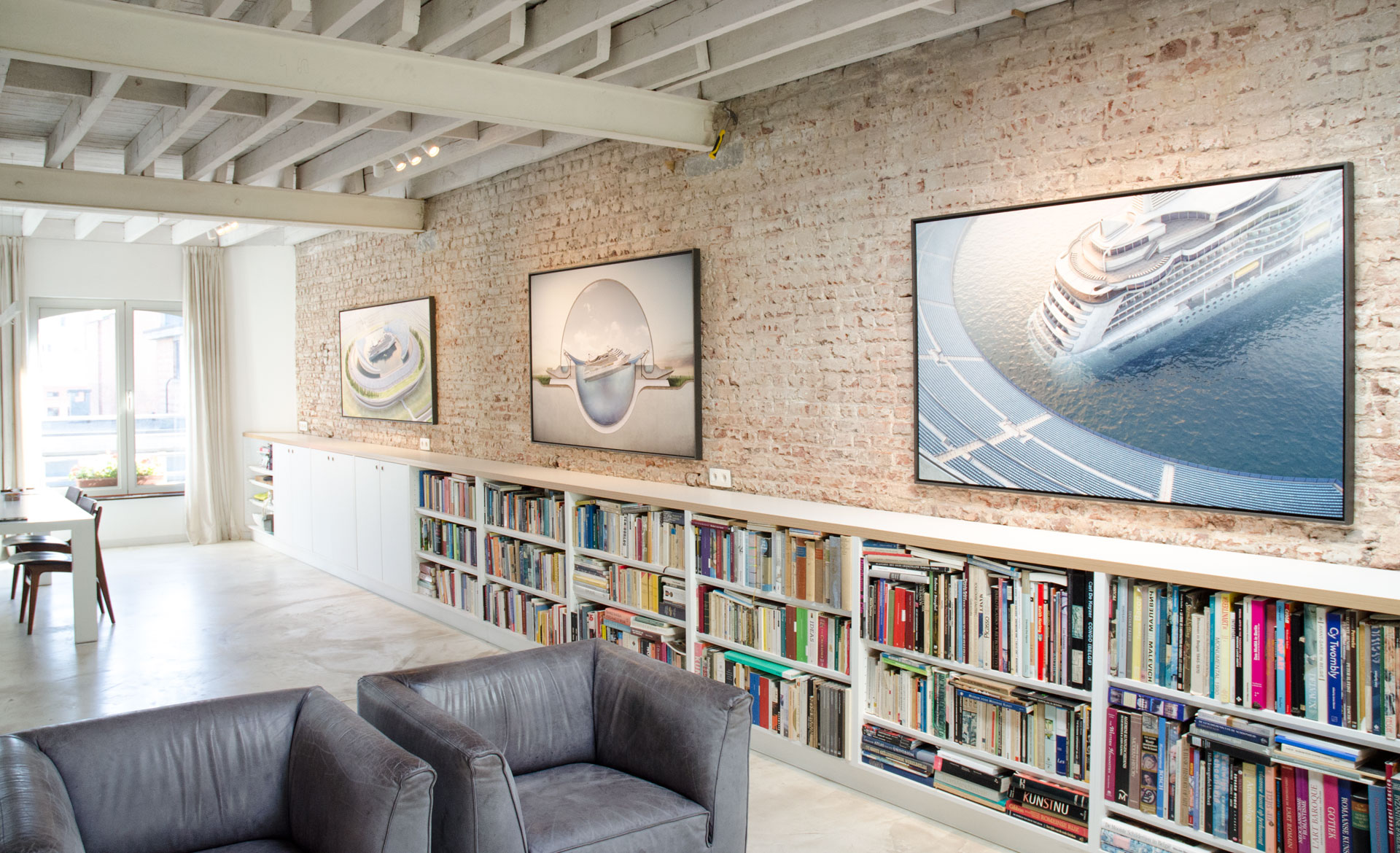 View on my Solo Art Show at Aporia Gallery in Brussels. 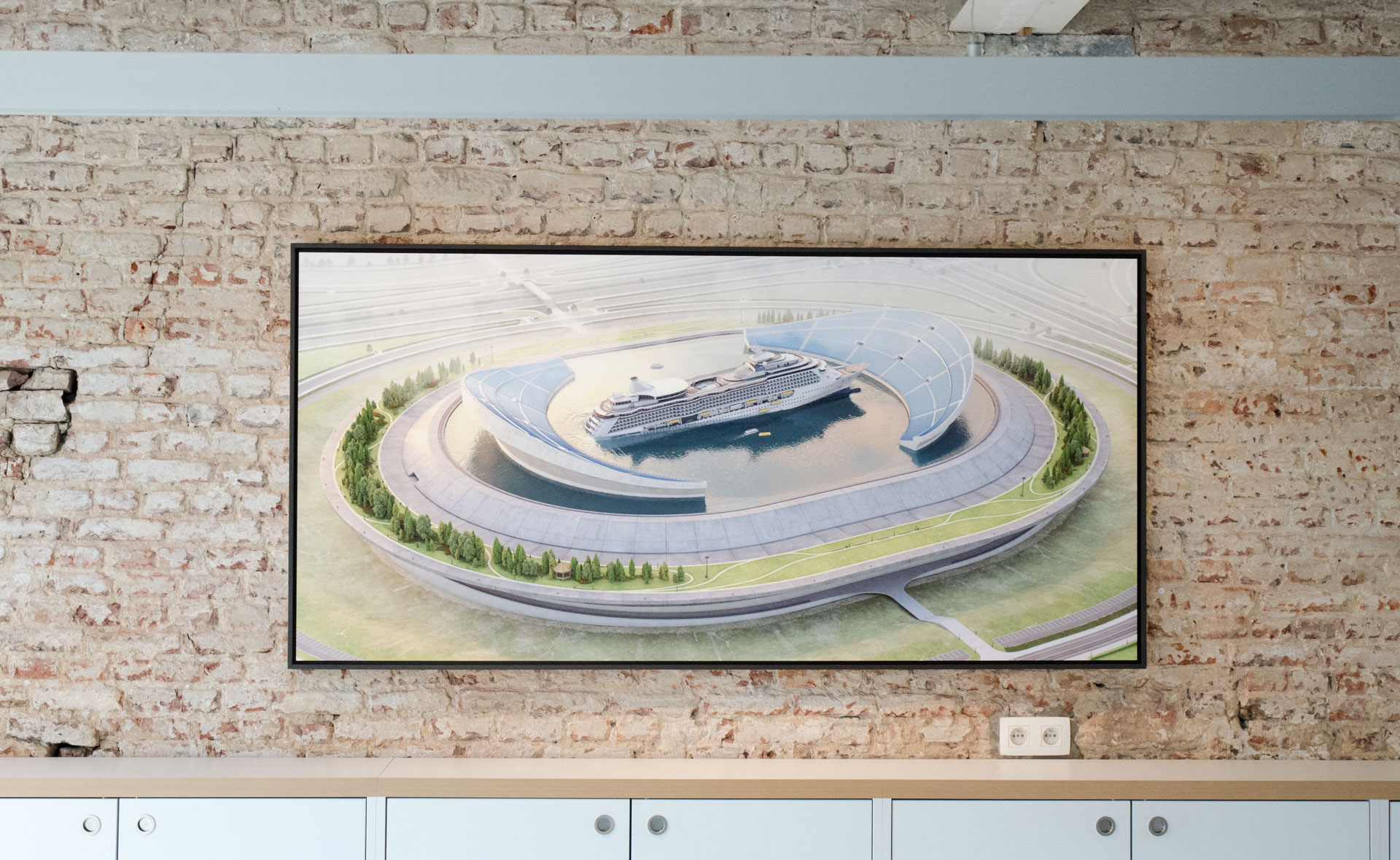 All prints come with a custom made frame and a certificate. Send me and email at pieter@astopia.eu to check for availability. 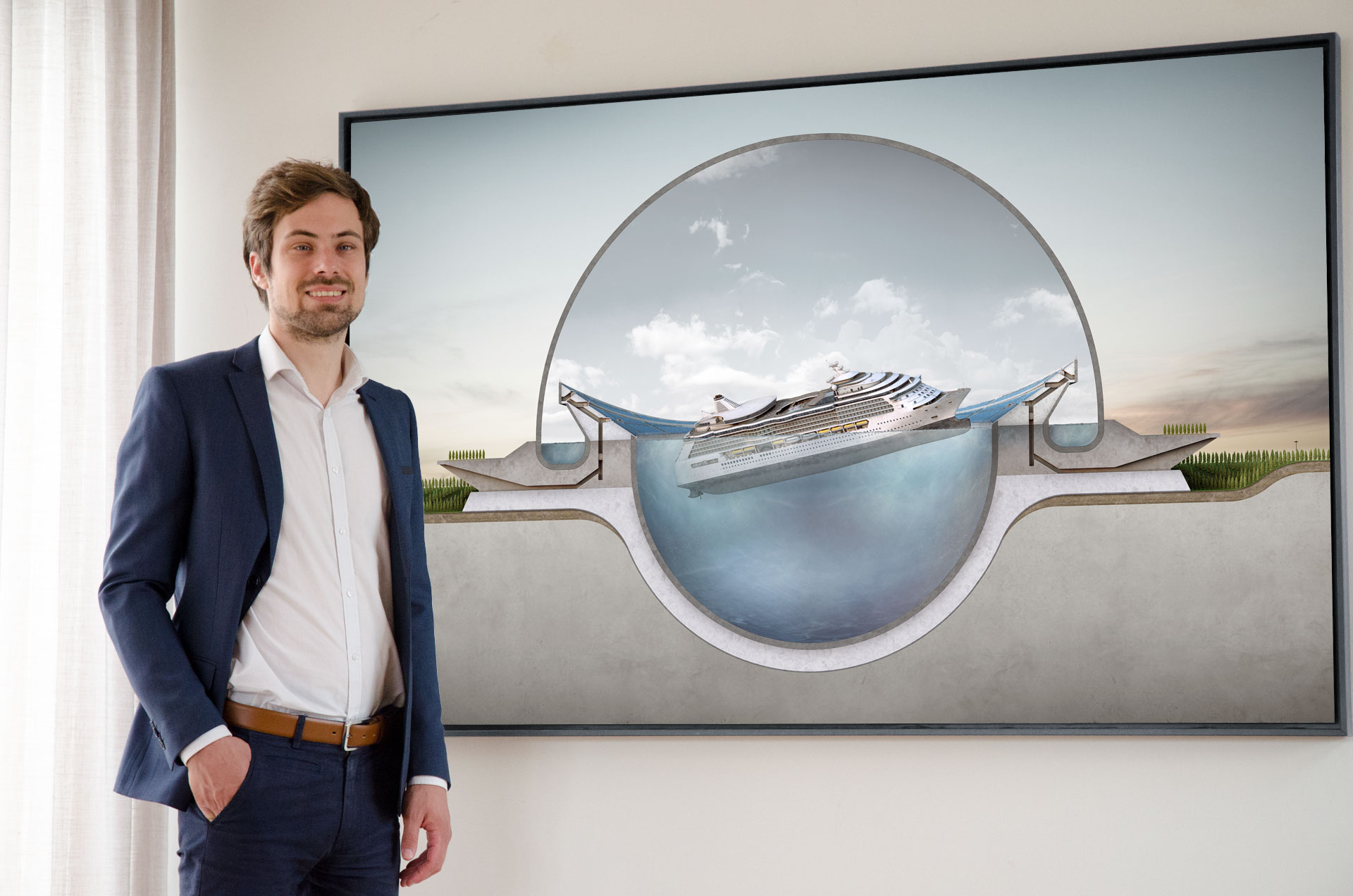 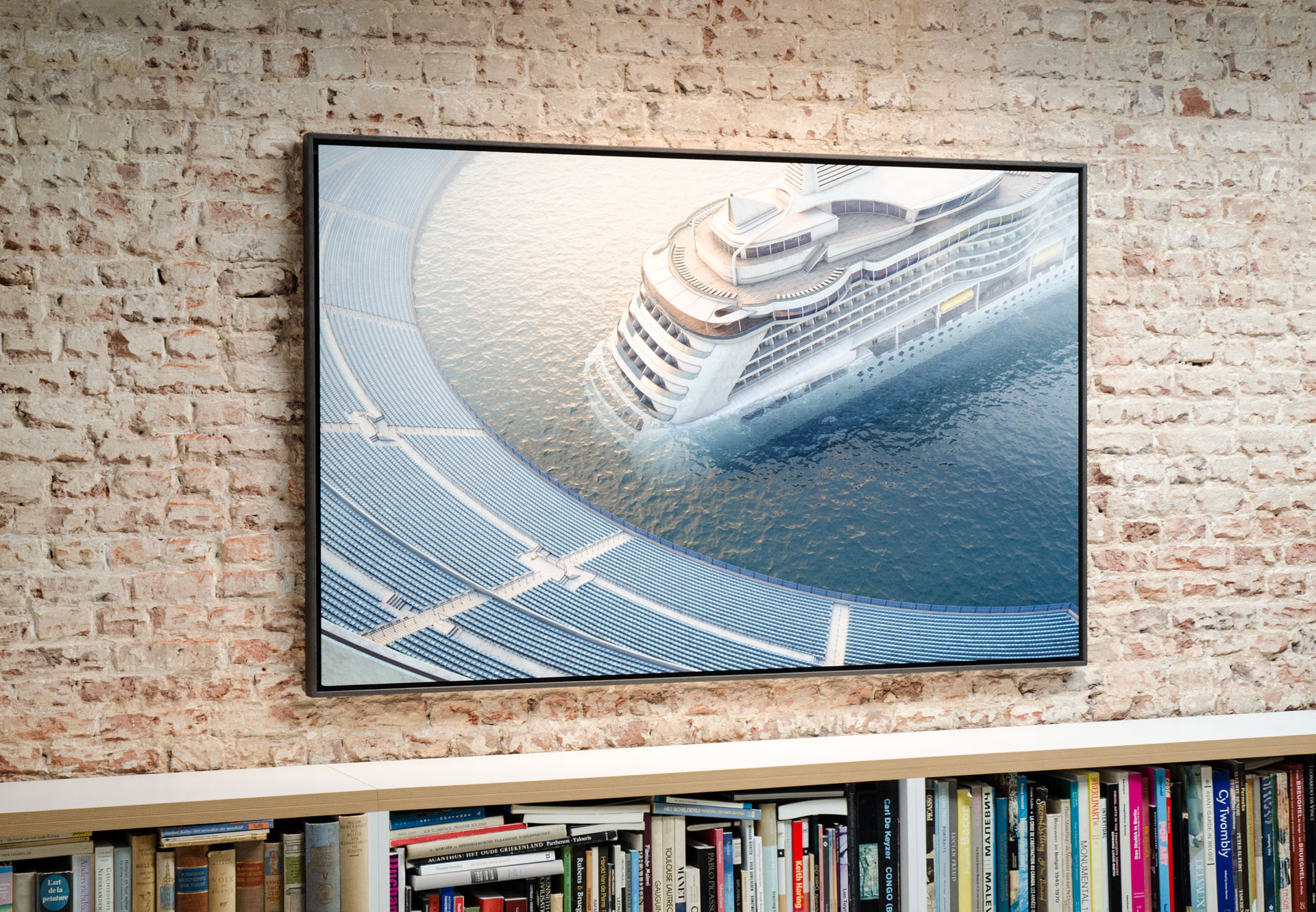 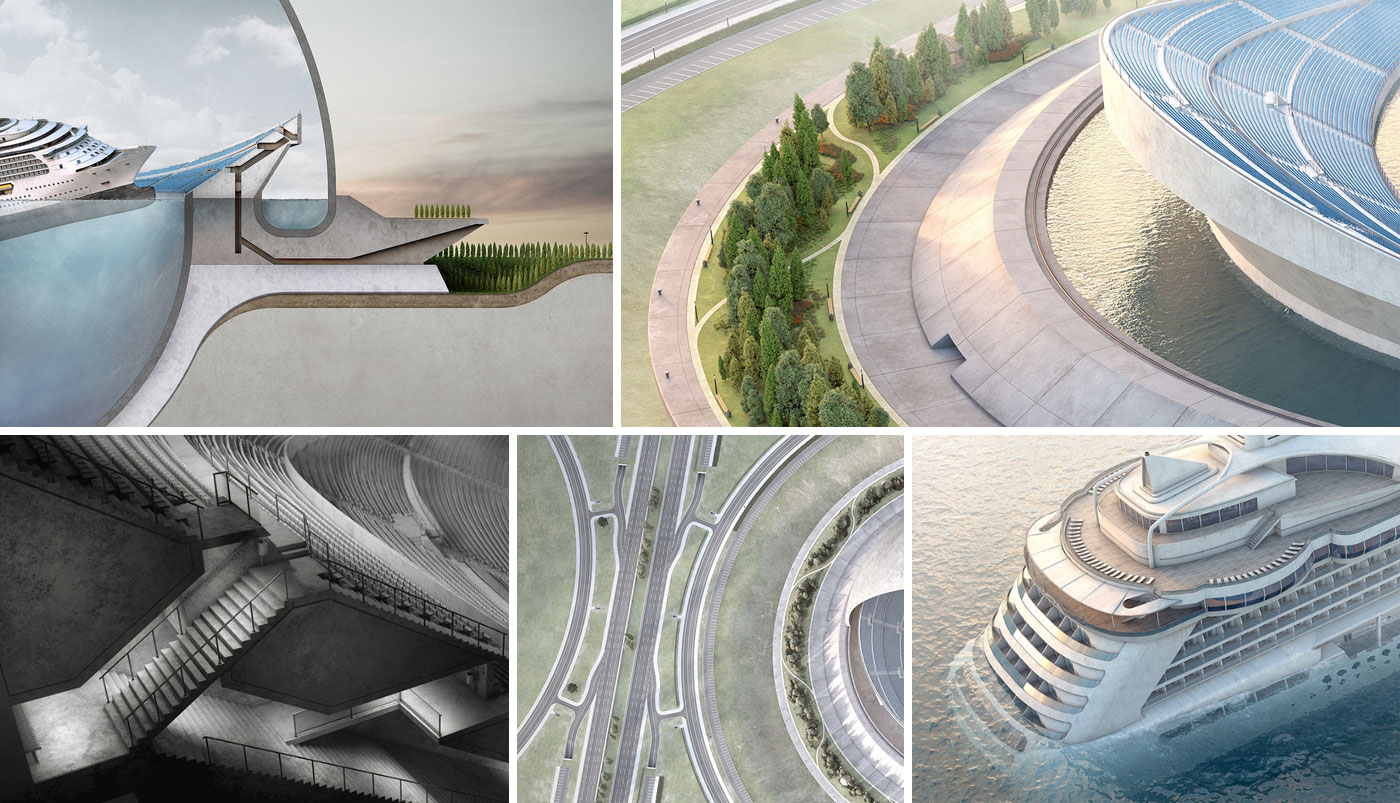 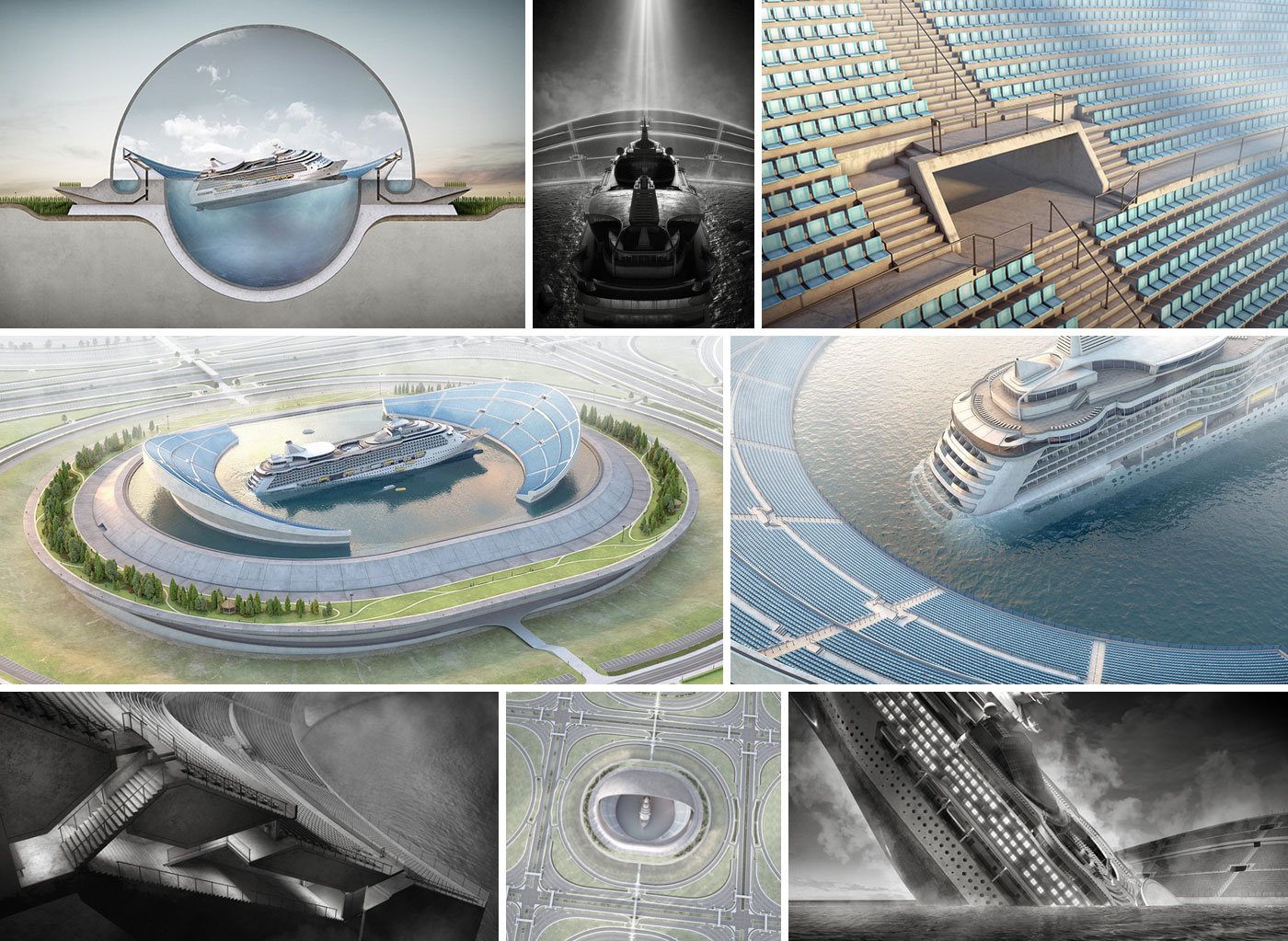 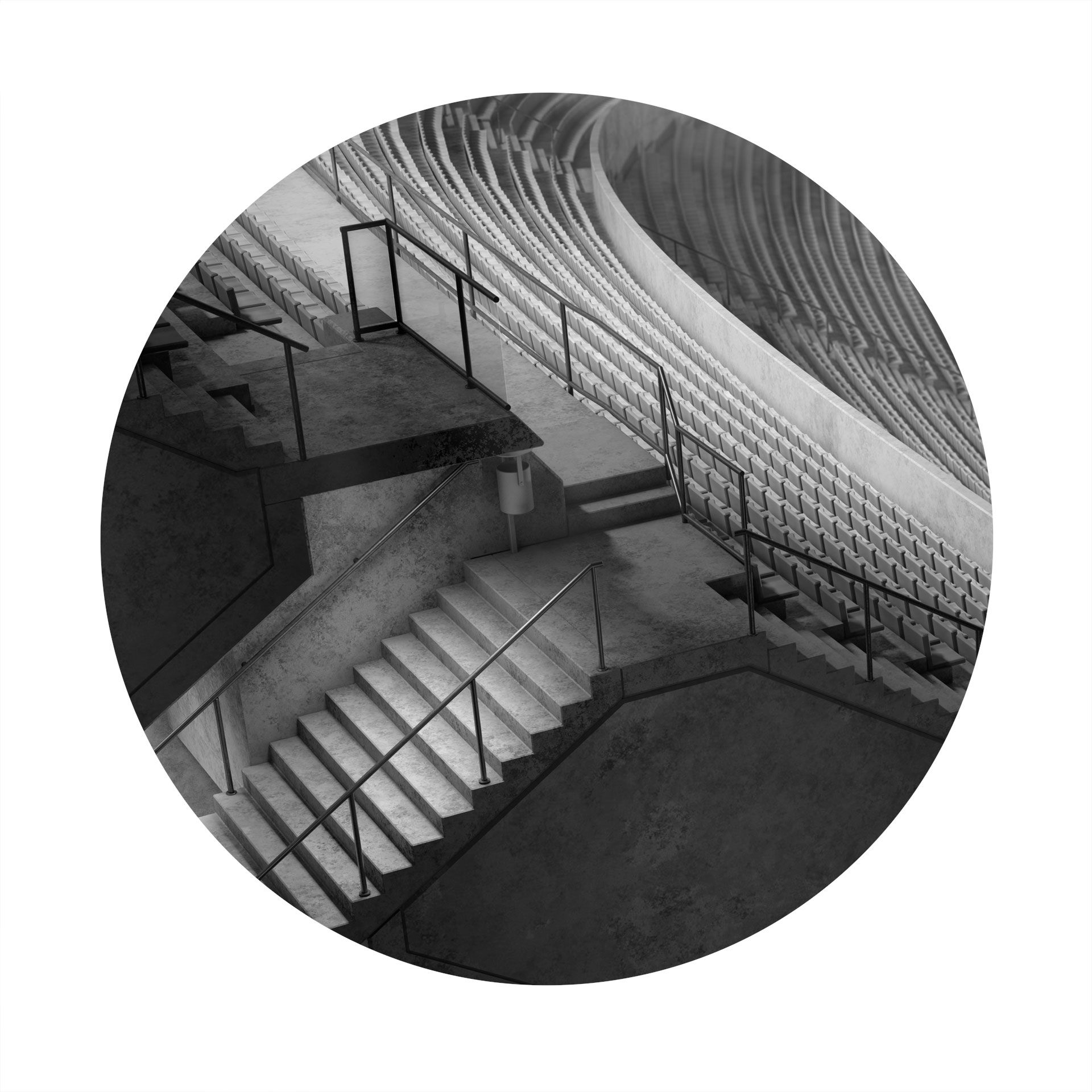